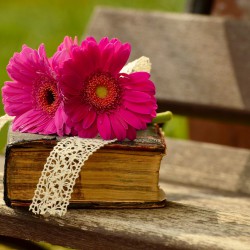 Men Explain Things to Me: A Ranting Review 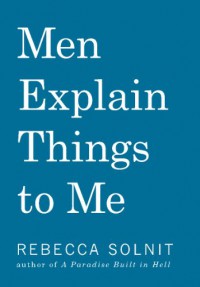 I'm a firm believer in the rights and empowerment of women.  I'm actually a firm believer in those things for any human which is why this "new classic" of feminist literature rubs me the absolute wrong way.  It is everything that I fear about modern feminism which is to say that it strays so far into generalizations that it devolves into men bashing. It actually doesn't stop there and goes on to bash entire political parties.  While it makes some legitimate points and has a plethora of statistics, they are not worth the effort to wade through the hatred that seems to bleed off every page.

Intellectually, I don’t understand how the new feminist movement has strayed so far from the original.  Take, for example, the three most oft cited legacies of the women’s movement: the Triangle Shirtwaist Fire, suffrage, and prohibition.  Rose Schneiderman, who perhaps gave the most rousing speech regarding the Triangle tragedy in 1911, talked not specifically about women but about the atrocities of all factory workers, including men, women and children. It would help usher in labor reform in the US that still stands today.  The right for women to vote? It was actually initiated by a man in 1878. It was only 40 years later when women banded together (with men!) to make it a reality. And prohibition, perhaps the historical event most frequently attributed to women, actually started as religious reformation by rural Protestants.  When women took up the banner of prohibition, it was not merely for their own sake but for the sake of the the family unit as a whole and the perceived degradation of American moral values. My point being that feminism, in its original carnation, was about the rights and empowerment of all. Men and women worked together to impart changes that have altered the entire history of our country and changed the fabric of society into what we know today.  To forget that basic tenet is to cause a gender division that divides nations rather than accomplishing a lasting legacy that benefits all.

To generalize the genders as this book does only adds fuel to a simmering fire without offering any suggestions for solutions. Men are not all evil.  Women are not all saints. Respect for individuals and the empowerment of all individuals seems to have been forgotten in this new crop of feminist literature (including this book very specifically) and, sadly,  it's our society as a whole that will pay the price for that apathy.